2013, an interesting year. Perhaps most defined with it’s odd year ’13, the number most often skipped, avoided, pondered by superstition…

For me, photographically, it was a year, where, more than anything, photography was, surely, just a hobby. If anything, I was as much an iPhonographer, as anything else. Whether it be #selfies or random snaps along the way to work, or mass of live instagrammed vacation pics, my phone was certainly the image capturer of choice this year. My big camera probably has the lowest shutter clicks on the year since I purchased it in 2010. In fact, for the cost, my phone probably made me the easiest money earlier this year when I instagrammed a couple #TRB pics and won a chunk of change to spend on the cruise – hello #onboardcredit! Really snaps posted to my instagram became the easy interaction with various artists and locales. The snapshot and publish of choice. Also embracing taking photos like a normal person, is a bit freeing and liberating, less stressful, and brings me back to the enjoyment of it all. And I printed bunches of them, as good if not better than any of the instamatic pics we have in family albums from my youth… That said, I will not abandon my big camera, I love it for what it is…I just need to find a couple projects to focus, no pun, on… 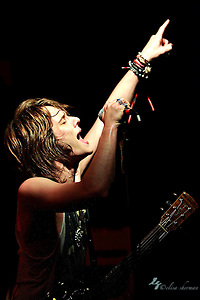 And, for what little there was captured by the big sensor, there was much that was the same…For the sixth time since 2008, I photographed both the Noise for the Needy Festival, and the Pride Parade…quite a collection I have of these images. I love both these events, and plan on putting something special together related to the collections in coming years. And there were a few outings or travels that hit the sensor with some repeated shutters – Oahu trip to celebrate my 40th ~ I figured if I had to turn 40, it would be with a Mai Tai(or better) on the beach:) As well, a girls trip to see the Tulips and San Juan Island…both travels offered the chance to stretch the landscape muscles. I am really loving shooting these with the 15mm Fisheye, almost exclusively, while I shoot the event type of stuff split with 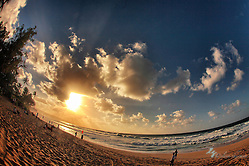 the fish and the 70-200, and really just a side of a mid range 35(or 50 if I ever get it fixed – sigh)… The extremes appeal…If I ever go on a grand adventure, I think I would love to shoot it with the fish, and maybe a tilt shift exclusively. Making normal perspective images, seems to boring these days, unless it’s a snap with my phone. Enjoy some of my fave big camera images from 2013 – here’s to a fabulous ’14!


2013 Best of – Images by Elisa Sherman
Posted in blog, personal, photography and tagged with year in review. RSS 2.0 feed.